This is an attempt to communicate the experiences and insights I have gained about Tantra, esotericism, and subtle energy since my journey as a practitioner and healer began (at some undefinable point). I assure you, my thoughts won't be airtight and the core ideas have been shared for thousands of years, but I feel compelled to share the reflections these practices have shown me anyway. If you already study these topics I ask that you see my ideas in a light seperate from what you already know, instead of defining them by other teachings and practices.

For those who are new to these ideas, I have to tell you that I can't start at the beginning, because there really isn't a starting point. We each land on deep knowingness in a different place and in a different way, with each philosopher, guru, and sacred tradition holding their arms open to us on a different branch of the tree.

Tantra, as a modern twig, is surrounded by a fog of taboo and confusing ideological differences. As with anything that evolves over thousands of years, the practice has literally branched off to include an array of spiritual and sexual sects, some more true to tradition than others. I fall somewhere along the line of interfaith practitioners in my relationship to the teachings. To simplify the back bone of the philosophy, I see it as follows.

Tantra was originally started by a group of Buddhists and Hindus, who like many other people across the world, believed first that we have a soul, and second that our soul seeks to be reunited with something far greater than ourselves. This statement is phrased very generally because the concept is a shared thread for many people. It seems important to transcend semantics for the sake of common ground. While Tantra has traditionally been diety oriented in its teachings, there has been a shift over the last several hundred years towards more universal entities, such as chakras and more generalized masculine/feminine framing.

Arguably, the big difference between Tantra and many other spiritual practices lies not in words and gods, but in the relationship to the body. Most traditions tend to see the human body and its wild tendencies as an obstacle to the process of reconnection to divine knowing, or enlightenment. Thus, you have people all over the world working to control the body to feel more divinely connected (i.e. ascetic monks eating a grain of rice a day or celibate tantrics/nuns). Rather than seeing the body as an obstacle to be controlled and overcome, Tantra and many other esoteric paths, see the body as our main vehicle and road map to sacred truths. We read our map through careful presence, awareness, devotion, and patience.

The first step to going inside and understanding what you experience is to rest your eyes, breathe deeply, and meditate. Acknowledge and thank your thoughts on the inhale and use your long exhale to gently push them aside for later. Now if you have ever tried to meditate, you know that sometimes the energy in your body wants to do anything but sit still. Maybe your body is more interested in being nervous, or mad, or hungry, or turned on, or just antsy. It is in this moment that spiritual teachings and philosophy step off the pages of a book and into your body.

This is also where understanding the magic of subtle energy is really handy. It is my intention to humbly share my thoughts and techniques here in The Leaf Pile. I couldn't even begin to cover these concepts in an introduction, but for now just pay attention, be present, and be gentle on yourself and others. 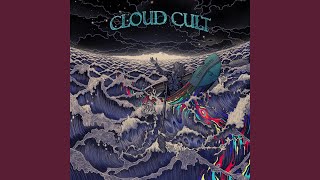 Everything is Energy: Not just an Empty Saying?

What to Expect out of a Tantra Session

On Being in the Mood to Practice

By Any Other Name

A Note on the Bad Days

The Spiritual Side of Self Harm